In 2012 Bulgaria was nominated the largest producer of lavender oil, along with France. Bulgarian lavender oil is characterized by its long lasting scent. Our country is a world leader in extraction by growing 40,000 acres and exporting 90% of lavender oil to France, Germany, Australia and the US.

Lavender has been grown and used in folk medicine and cosmetics since ancient times. The culture was imported to our lands only in 1907, when it was first grown in the region of Kazanlak. Now, a little over 100 years later, lavender is grown in almost every corner of our country.

Growing:
Lavender is a culture that requires a lot of sunlight and does not tolerate shading. Until the 4th year of its development, lavender planting is harvested manually and not by machine to preserve and develop properly.

Application:
Besides the beautiful color and pleasant aroma, this plant also has healing properties. In our folk medicine it is used to cure schizophrenia, paralysis, insomnia, headache, etc. Lavender is highly effective in relieving joint and muscle pain.

In some countries, lavender is used as a spice dish. Lavender hearts are rich in nectar from which bees make honey. From 1ha the bees extract 10-18 kg of lavender honey.

Its wide application is now due to the essential oil extracted from the colors, which is widely used in perfumery, soap aromas, in the production of paints, etc. 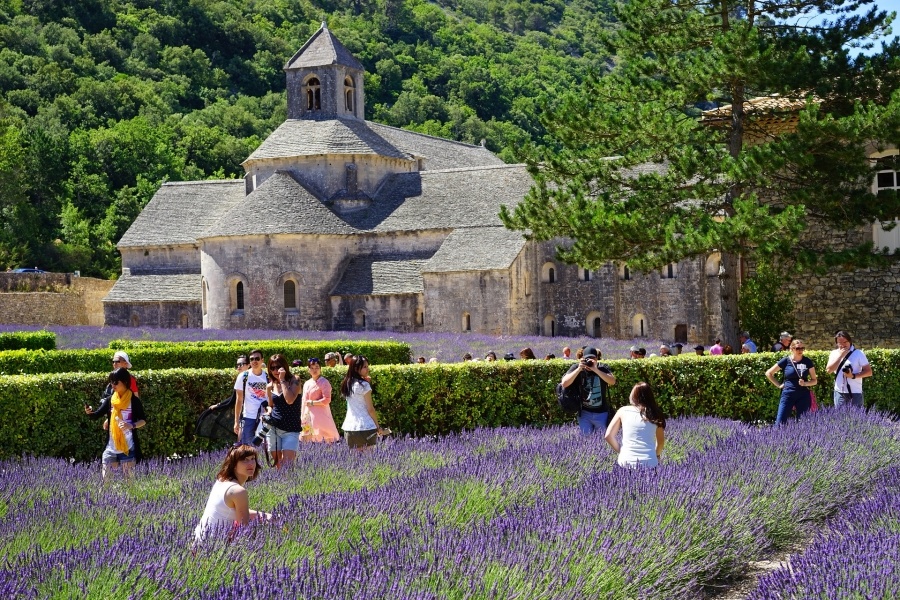 This beautiful plant attracts every passerby for a photo. Our advice to you is to avoid photos with lavender fields on prominent and main roads, because every photo is paid for 5lv. Instead, search inside the fields, deep in the hidden.