Sofia Things To Do Guide You Have To Read On Mandatory 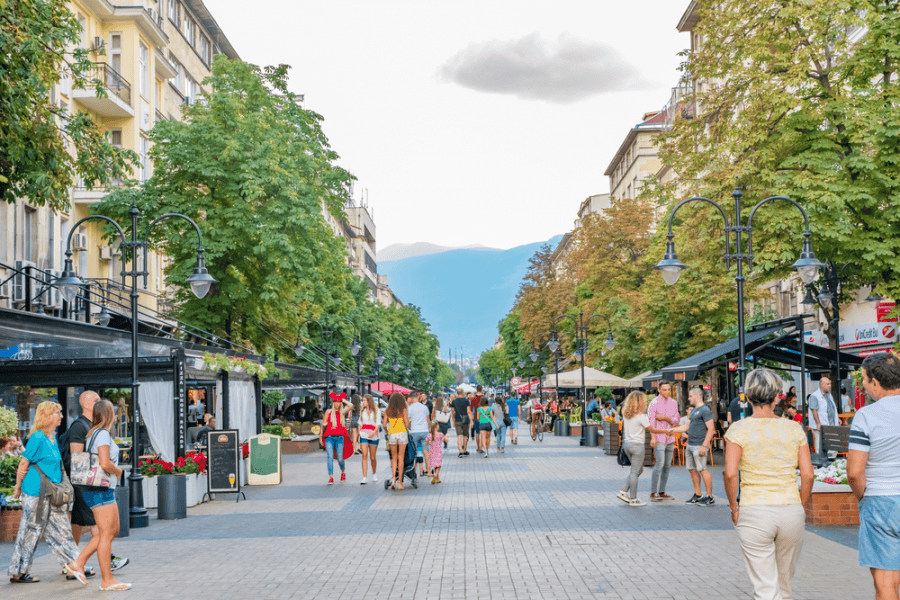 Looking for a preliminarily arranged plan for your mission Sofia things to do? Don’t miss the most emblematic landmarks and attractions in Bulgaria’s capital. Yet, don’t miss to make your excursion to the city of Sofia a bit more exciting by adding a bit more different, non-standard and truly unique Sofia things to do. If you have no idea how to spice up your tour in Sofia, we are here to offer you a whole bunch of awesome suggestions.

Here is our specially tailored Sofia things to do guide you have to read on mandatory. Below you will find the list of some cool ideas for some more original, incredible and original walking tour in the city. Well, let’s get started and don’t forget to review our audio guide devices to include them as your personal assistants during your tour!

1. Visit the unusual and old, but gold local Earth and Man Natural Museum. That’s not an ordinary museum as basically it is devoted to geology. What makes this attraction so important to be included in your Sofia things to do list is the fact that Earth and Man Natural Museum is one of the world’s biggest mineralogical museums that has a mission to find, collect, store and exhibit minerals.

2. The Dolls Art House or simply the place that locals call “Kuklite”is where you can find an amazing and interesting collection of more than 3 thousands dolls that have been made in various regions across the entire world. And don’t even thing this is a Sofia things to do idea only for kids. You will be amazed by the entire workshop presentation that will show how a doll is actually made.

3. If you are up to some shopping, which though, you want to combine with additional art sightseeing adventure, don’t miss Art Street Samuil. This Sofia attraction is simply an art street that is full of amazing galleries to visit, extra ordinary souvenir spots for original gift ideas, little museums, which, by the way, might be unknown even for the locals and many more.

4. Continue your Sofia things to do walk around Bulgaria’s capital with a bit more shopping, but once again in untraditional way. We are talking about our suggestion to visit the Bitaka, which is simply the largest Flea Market in the city. The open-air market isn’t just a place where you can literally buy some products for a rich lunch at a price of several coins, but also to experience the local “market” culture. Bargain deals are everywhere, as well as the loud shouting of merchandisers who will try to sell you totally everything.

5. Here’s one more interesting house to visit in Sofia – the Snail House, which is flamboyant five-story architecture masterpiece made in a shape of a real snail and painted in all the shades a rainbow can have. The weird thing about this building isn’t just the shape or the colour scheme, it’s also the structure. The Snail House has no corners, edges or even straight walls, while its main purpose, besides being just another art installation, it’s a totally normal one. Indeed, the Snail house isn’t either a kindergarten, or a kid’s museum, it was made for living. The house has been recently proclaimed to be the weirdest building in the world by the international website and non-profit organization Strange buildings.

6. Eagles’ Bridge or Orlov Most in Bulgarian might be a Sofia things to do stop during any of the sightseeing tours you will approach to catch up with all of the city’s attractions. It’s just the bridge is located on a very key place and you will see it from different points in the capital.

7. You don’t have to know Bulgarian or to be a theatre lover to visit Ivan Vazov National Theatre. It is completely enough to have a glance at this spectacular building to mark the attraction as checked. Located right next to the City Garden and owning fantastic golden ornaments, as well as the statue of Apollo and his muses, you will be totally charmed by this masterpiece, which, by the way, is the capital symbol of culture.

8. Not because of the impressive building or the fact that you will usually find lots of young and intellectual people here, but because it is the oldest cultural building in the country that was built after the Bulgarian nation’s independence of the Ottoman empire was gained, SS. Cyril and Methodius National Library is also a must see!

9. We strongly recommend you to check out Monument to the Soviet Army. Don’t underestimate this Sofia things to do suggestion only because of its name. As a matter of fact, today, you will find the monument “re-designed” in the sake of a political protest turning the soviet soldiers into pop artists. So, no, Monument to the Soviet Army isn’t just another heavy concrete grey building, it’s actually quite impressive and colourful.

10. Last, but not least, one of the most emblematic Sofia things to do is simply to grab a beer, go to the Borisova Garden, gather yourself with your excursion companion and spend the whole afternoon in sweet chats without doing nothing. Enjoy the view of the young lovers or mummies with their kids playing around and feel yourself as a real Bulgarian for a couple of hours.